GLAAD President Jarrett T. Barrios. at a reception for Barrios March 25, 2010, in the Rayburn House Office Building, Washington, DC. "It's interesting to me that dispite the fact that we are both as communities defamed ...so often times we don't support one another." Barrios said. .."When we debate immigration reform so many of my friends in the gay community want to talk about UAFA, the Uniting American Families Act...that would allow binational same-sex couples to...emmigrate here permanently." He said. "But to premise one's support on immigration reform solely on the presence of UAFA says to the Latino community that we don't care or we dont share (the same) values as your familes." 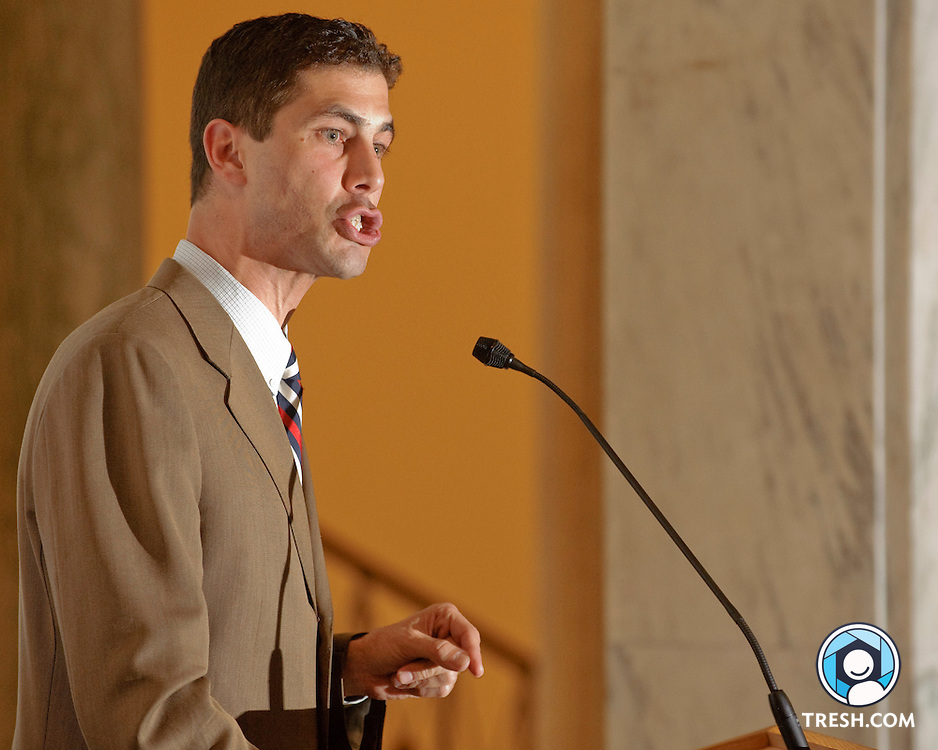