back to search results

Over 3200 American flags fly on the National Mall, Friday, November 30, 2007, to honor the 12,000 homosexual men and women dismissed from the U.S. military under the "Don?t Ask, Don?t Tell" policy. The event, called "12,000 Flags for 12,000 Patriots," was held on the fourteenth anniversary of the legislation's signing. After volunteers initially placed at least three times as many flags the night before, the number was reduced in order to make the display more managable in the winds. The tribute is hosted by the Human Rights Campaign, Servicemembers United, Log Cabin Republicans, Liberty Education Forum, and Servicemembers Legal Defense Network. 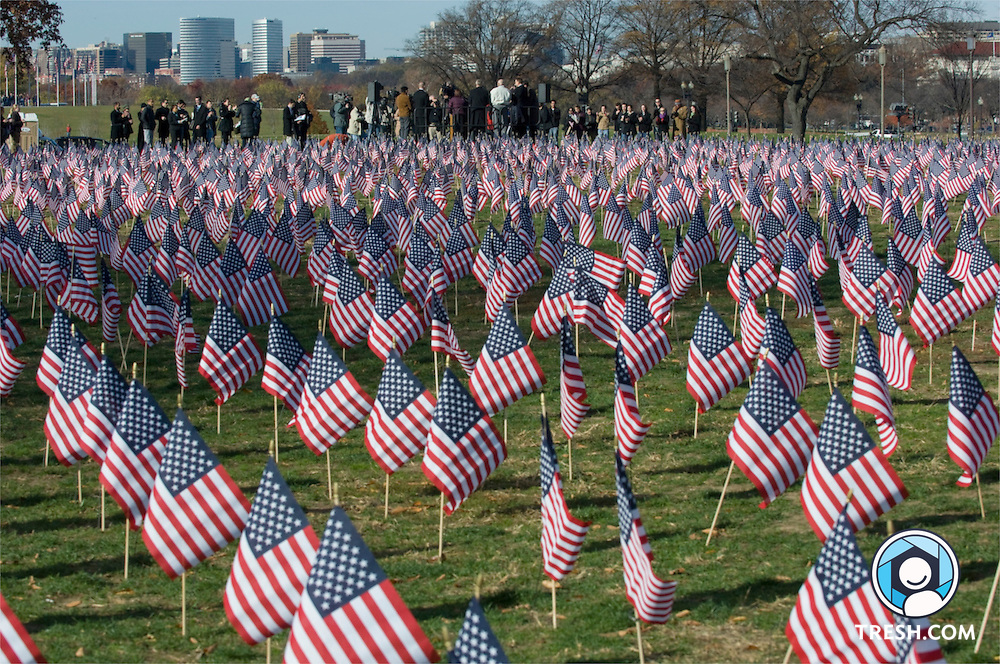